What’s your weakness? Your main struggle in life? Your unrelenting burden that won’t get its grip off you?

Paul knew about burdens. He describes his battle in 1 Corinthians 12:7…

“Therefore, in order to keep me from becoming conceited, I was given a thorn in my flesh, a messenger of Satan, to torment me.”

Many commentators have suggested this refers to a physical ailment, but John Macarthur, in his book Our Sufficiency in Christ, states his belief that the thorn is a person – in particular, the ringleader of the Corinthian opposition who was personally attacking Paul’s character and ministry.

While we can’t be sure what afflicted Paul, it is clear that Satan was behind it and God allowed it. Pastor John Piper adds his thoughts on the passage:

“Satan afflicts the children of God through his angels or messengers,” said Piper. “His aim is destruction and death and misery. But it’s not that simple is it? Satan is not the only one at work here. God is at work. This thorn is not just the work of Satan to destroy. It is the work of God to save.”

In the passage, Paul goes on to say:

“Three times I pleaded with the Lord to take it away from me. But he said to me, ‘My grace is sufficient for you, for my power is made perfect in weakness.’ Therefore I will boast all the more gladly about my weaknesses, so that Christ’s power may rest on me. That is why, for Christ’s sake, I delight in weaknesses, in insults, in hardships, in persecutions, in difficulties. For when I am weak, then I am strong.”

In Paul’s testimony we see both opposition and redemption. There is no doubt we will be opposed – tormented if you will – in our lifetime.
Our own sin, and the actions of others, will prove an obstacle at times. But there is a savior… One whose redeeming love and all-surpassing grace will set us free – again and again.

Perhaps you’re on your ‘third time’ of pleading with the Lord… Why not take the opportunity to just rest and listen to his voice. Hear these words again:

“My grace is sufficient for you, for my power is made perfect in weakness…”

We must accept that God’s grace is enough for each new situation we face, and as his children we have complete access to his power. This power enables us to rise up stronger and fight our battles, allowing them to humble and transform us in the process. God is enough, and we are mighty in him.

“The weapons we fight with are not the weapons of the world. On the contrary, they have divine power to demolish strongholds.” (2 Corinthians 10:4) 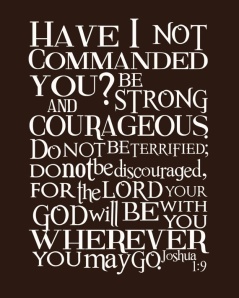